5000 years of grazing and mining activities in the Julian Alps (Slovenia): climate-human interactions as reflected in lake sediments, man-modified landscape and archaeological findings

This multidisciplinary research project will integrate palaeoecological, archaeological, and geological research in order to better understand changes in the natural environment, and human adaptation to these changes. It focuses on high-altitude archaeological sites and lakes in the Julian Alps (Triglav National Park, Slovenia). Previous research of sedimentary cores from Lake Bohinj (Rapuc et al. 2018) focused on changes of lowland environments in the last 6600 years, whereas detailed development of vegetation and human impact on the mountain environment of the Julian Alps throughout the entire Holocene remains mostly unexplored. Archaeological research indicates that the area was occupied from (at least) the Bronze Age, but due to the scarcity of new excavations and in-depth scientific methods (e.g., archaeobotany, archaeozoology, chemical and metallographic analyses of slag), the (pre)historical economy has been poorly investigated. For example, it is not known when the first high-altitude grazing and mining took place and what the impact of these activities was on the environment.

The project concentrates on studies of the past environment, archaeological settlement patterns, and the economy. For the first time in Slovenia, detailed palaeoecological research (radiocarbon dating, pollen, microcharcoal, geochemical and sedimentological analyses) of cores collected in mountain lakes of ‘Jezero na Planini pri Jezeru’ and ‘Ledvica’ will be performed. The results are used to reconstruct the Holocene changes in vegetation and sedimentary processes, triggered by climatic fluctuations and human impact. Detailed archaeological and geological research (field surveys, test-pits, studies of architecture and artefacts, dating, archaeobotanical and archaeozoological research) in the alpine grazing areas (Pod Kopico, Vodene rupe 1 and 2, Krstenica) will reveal changes of archaeological settlement patterns through time. We are investigating human adaptation to extreme environment and the impact of the environment on the selection of settlement points and activities in high-altitude areas, with a special emphasis on the beginning of grazing and mining (identification of surface mining pits for iron ore, dating and mapping of former mining areas). 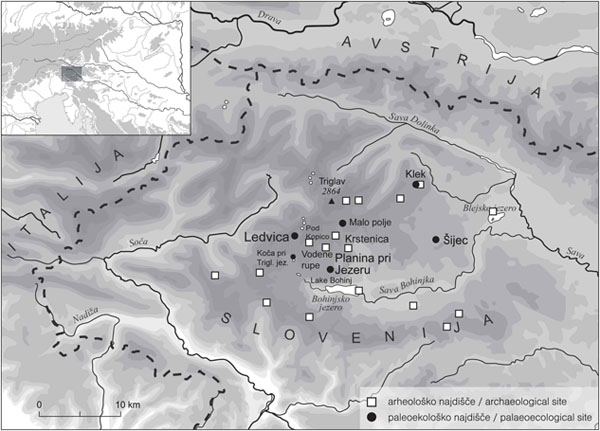 We will address the question of what environmental changes were triggered by climate fluctuations and which due to human influence (e.g., cutting/burning forest, pasture, metallurgy). What was the impact of climate change on human presence and activities? When did the first mountain pastures appear and how did this change the environment? How did mining and metallurgical activities affect the vegetation, soil erosion processes, and the ecology of lakes? How did centuries of intensive mining transform the landscape? How is the balance between sustainable management and excessive exploitation reflected over time?

In the final phase of the project, the results will be analysed. The archaeological settlement pattern and the vegetation in mountain areas will be compared with the situation in the valleys (Lake Bohinj, the Soča valley), and palaeoclimatological data in the wider region (Slovenia, Europe). Previous research in other parts of the Alps indicates rapid climatic fluctuations, changes of the settlement and the economy, especially in the Bronze, Iron and Roman Ages. The comparison of well-dated multi-proxy data will, therefore, help us to better understand the reasons for changes of archaeological settlement patterns, the economy and society. This knowledge will help us to protect and preserve the abundant natural and cultural heritage of Triglav Natural Park. 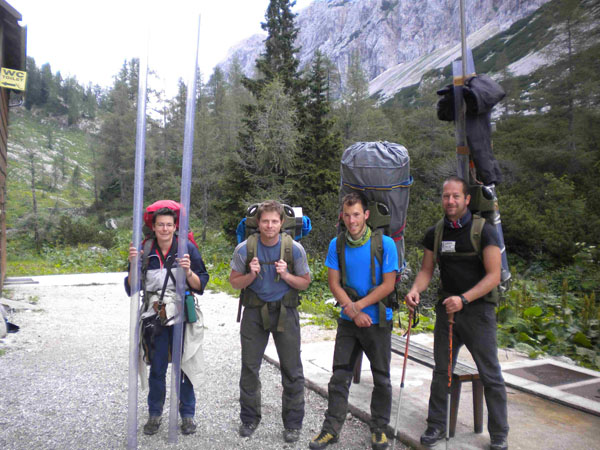 Some members of the research group

3. Department of Geology, Faculty of Natural Sciences and Engineering, University of Ljubljana