Groundbreaking discoveries on the settlement of Slovenians with artificial intelligence

An article by the research group led by Benjamin Štular, Ph
Published on: September 19, 2022

The rapid spread of the Slavic language in the second half of the first millennium CE remains a controversial topic. There are two main reasons for this. First, the lack of first-hand, written sources before the end of the ninth century. Second, archaeological evidence on this subject is sparse compared to many other Early Medieval “peoples”. As a result, there is a propensity for sweeping explanations.

Currently, there are three main hypotheses for the spread of Slavic. The first hypothesis assumes that speakers moved in all directions from their small original habitat, the so-called Urheimat. The second hypothesis assumes the diffusion of the Slavic cultural model among non-Slavic populations or, in its extreme form, the diffusion of language alone. Many archaeologists adhere to the third hypothesis, which states that movement, cultural diffusion, and language diffusion occurred simultaneously. This is supported by recent research in population genetics and linguistics.

A group of Slovenian and Austrian archaeologists led by Dr Benjamin Štular, a researcher at the ZRC SAZU, focused on the latter. They set out to test the hypothesis by analysing so-called Deep Data, using not only advanced spatial analysis but also one of the methods of artificial intelligence. This method was used to detect two migrations to the Eastern Alps. The first started shortly after 500 AD and spread along the Mura and Drava rivers. The second, up the Sava and across the Karavanke, took place only in the decades before 700 AD. Based on a convergence of evidence from archaeology, linguistics and population genetics, the migrants were identified as Alpine Slavs, i.e. people who spoke a Slavic language and shared common ancestry with all other speakers of Slavic languages.

Štular points out that when the Alpine Slavs settled in central and western Slovenia, they encountered many people living there. After their arrival, long processes of acculturation, such as assimilation or integration, began. These will be studied in more detail in the future, but it is already clear that the Alpine Slavs were only one of the ancestors of today's Slovenians.

The article was written within the framework of a project of the Slovenian Public Agency for Research Activities (ARSS), and the co-authors from the Institute of Archaeology of the ZRC SAZU are: dr. Edisa Lozić, Mateja Belak, dr. Jernej Rihter and dr. Zvezdana Modrijan. The full article published in PLOS ONE is available at https://journals.plos.org/plosone/article?id=10.1371/journal.pone.0274687. 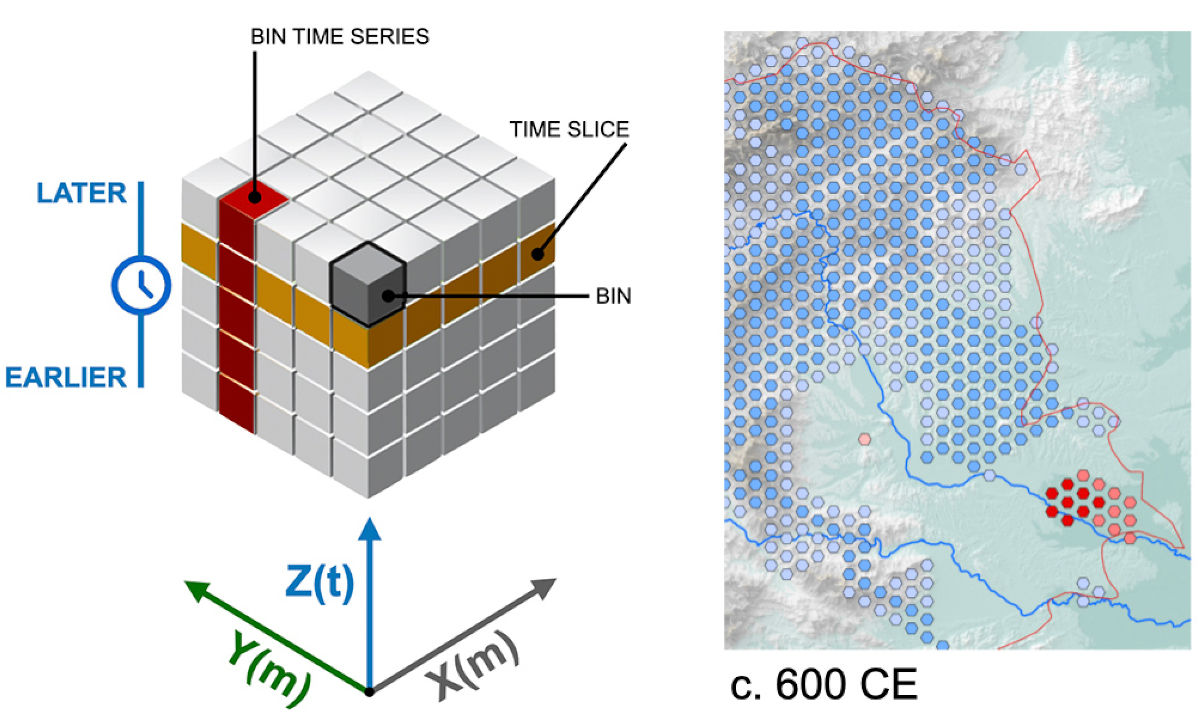 Left: the data were arranged in a spatio-temporal cube for analysis. Right: migrations along the Drava and Mura Rivers were in full swing around 600 AD; red: dense settlement, blue: (almost) uninhabited area.

EVENTS All events
There are currently no new events. 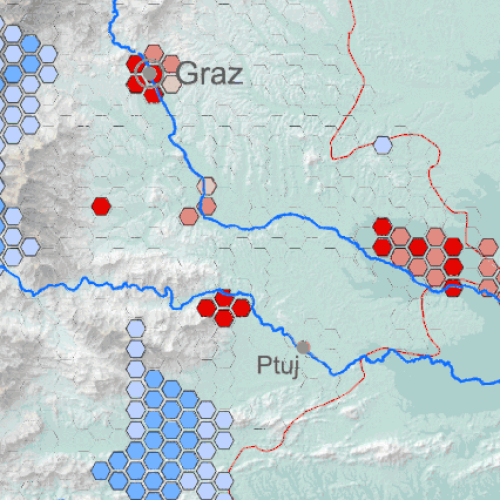 Groundbreaking discoveries on the settlement of Slovenians with artificial intelligence
An article by the research group led by Benjamin Štular, Ph
News 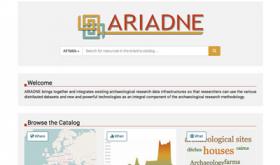