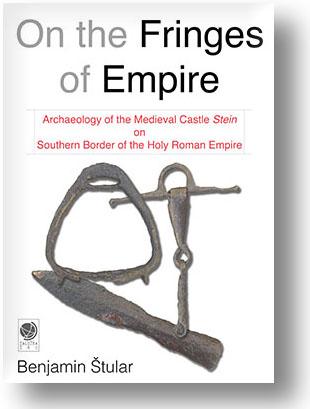 On the Fringes of Empire. Archaeology of the Medieval Castle Stein on Southern Border of the Holy Roman Empire


The interactive Book On the Fringes of Empire is an incarnation of the printed book titled Mali grad. Visokosrednjeveški grad v Kamniku / High Medieval Castle in Kamnik published in 2009.
The aim of the interactive book is twofold. The first is to ensure that the book is available to the readers in years to come. Although the printed copies of this book are available in more than 250 specialised libraries across the Europe in this day of age that statistic can be hardly cited as “widely available”.
The second, perhaps more important reason for this edition is the desire to reach new audience. It is especially aimed at university level students of all things Medieval across the world. Although this is a scientific archaeological book, it is written in accessible language, that does not necessitate any prior archaeological knowledge.
In order to improve the quality this edition has had 28 black and white figures replaced with colour versions. To the same end 13 completely new figures and 1 interactive image have been added.