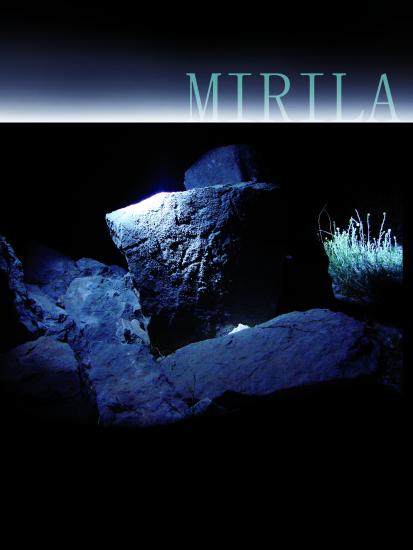 
This book ('Mirila. A cultural phenomenon') treats a sample of selected mirila located in the southern Velebit (Croatia) where they were built as late as the second half of the 20th century. Mirila are unusual stone monuments, the origins of which are linked to post- mortem rituals. Once an individual dies and the rituals carried out at the home of the deceased ended, the body was taken to the church cemetery. During this journey, people would only stop at a special ritual place at which a ritual was performed in order to separate the body and soul, and set the soul to rest. In most known cases - and certainly throughout the Velebitsko podgorje region - the deceased was laid on the ground and two stones were placed next to him - one at his head and the other at his feet. The funeral procession continued the journey towards the church cemetery where the body was buried. The grave remained unmarked. However, at a later stage people returned to the location of the two stones and built a mirilo as an eternal remembrance of the deceased. Two stone slabs replaced the original two stones, while the space between them was paved by stones. Various marks were cut into the slabs, so that the soul would know its location. Thus, mirila are full of ancient belief symbols.