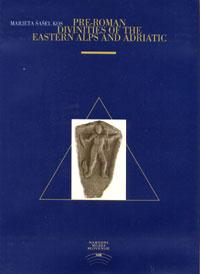 Pre-Roman Divinities of the Eastern Alps and Adriatic.


The worship of pre-Roman gods and goddesses is known only from the Roman period, since due to the lack of epigraphic recording there is no evidence of their cults prior to the Roman dominion. These regions were settled by the Celtic Carni, Norici, and Taurisci, as well as the Veneti, Histri and Liburni. Roman colonists were also among the worshippers of the local divinities. The book contains eight chapters, which are not interrelated (three of them are republished with revisions and additional texts). In the first, an overview of the cults between the Timavus and Savaria is presented, followed by an assessment of the goddess Aecorna from Emona, and the Histrian and Liburnian goddesses. In the fourth, the cult of Cybele in Salona is discussed, in the fifth the sanctuary of the water divinities Savus and Adsalluta, in the sixth the cult of Iuppiter Depulsor, in the seventh the non-Roman divinities of Celeia, while the last chapter is dedicated to the cult of the Nutrices at Poetovio.


price
for sale in the bookshop Azil